Don’t let this happen to our Web…

Prologue
Long, long ago, in a galaxy far, far away…

It is a period of technical upheaval.  The plans for galactic XML domination have been thwarted and a breakaway group has taken over much of HTML base.  New technologies threaten the future stability of the Web.  Developers have begun challenging the status quo and established institutions.

The universe of Web standards stands poised on the brink of collapse and civil war.  A group of rebel developers with plan are building an alliance in an attempt to restore order to the force, establish a bright future and #extendthewebforward…

And they need your help…

Help me … You’re my only hope.

Let me cut to the chase: The Web needs your help. Here’s the TL;DR: The W3C has a group of 9 members called the Technical Architecture Group – I’ll explain what it is and why you should care later in the post, but the takeaway is that most of the members of this very small (9 member) group are elected and there is an election going on right now. I think the outcome really matters and that your involvement is key and that we need to help get Dave Herman and Domenic Denicola (more about them below the fold). Let me explain…

We can make a difference

Never underestimate the power of the force.

Historically, TAG hasn’t mattered much. It’s charter gives it a unique role, but chances are you probably have never heard of it. Almost exactly 1 year ago we ran a slate of “different” candidates for the TAG – well known, active, open-source developers who have been working tirelessly with standards bodies to solve real problems that matter. The aim was to give this group of representatives popular support and use TAGs charter to help drive things in a better direction, and carry our collective voices across the spectrum of standards bodies and working groups that we are currently not a part of – to reform Web standards.

So, for the first time in W3C history we ran a popular campaign via social media asking developers to voice their support – to lobby publicly and privately.  While you don’t get a vote (yet), the W3C members who do heard your voice and filled all of the open slots with our reformist candidates.  The chair seems to have also heard your voice as he appointed two additional candidates to co-chair.  Later, one of our candidates changed employers and according to the rules was ineligible to continue to serve (no organization can have more than one TAG member – good rule), so we ran another – and he won too.  We ran 4 candidates for the Advisory Board and 3 of the 4 won there too.

What’s it gotten us?

Here are a sampling of the ways our TAG members have helped us so far in less than a year:

I’m excited that we have gotten two excellent candidates nominated and here’s why I will be doing everything I can to support these Jedi warriors in The Cause.

Dave Herman is from Mozilla Research – he is an original co-signer of extensiblewebmanifesto.org and has been with us all along. Everything his group does is conceptually extensible web. He is on TC-39, the committee in charge of JavaScript, and he is the co-creator of asm.js and advocate/developer of many polyfills and prollyfills. His group is working on Servo, a parallel process rendering engine, so his group has a lot of feedback and thoughts of efficient APIs that can make the Web more competitive too. 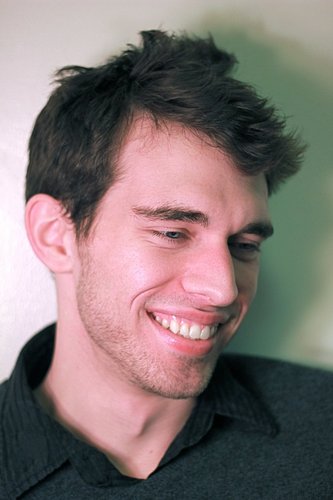 Domenic Denicola is also an original co-signer of  extensiblewebmanifesto.org and an active open source developer who has been increasingly involved in efforts – as a developer – with all of the major standards bodies. He has been an influential force in helping drive work on ideas like Streams and Promises and has also authored/advocated a number of polyfills and prollyfills, and this year has given several great conference talks evangelizing the extensible web and helping explain how to be involved with standards as a developer. He was nominated by jQuery.

This is your Web.

As the creator of the Web (and director of W3C) famously said, “This is for everyone”.

Aren’t you everyone? You are.

But historically speaking, you’ve had comparatively no real voice in the important decisions – so here is your chance:  Act.  Help us reform the W3C – let’s get these guys elected and start building a Web that is built to adapt, last and evolve.

Making your voice heard matters – and it’s so easy to click “Retweet” or “Like” or “+1” or 100 other things that help grow the movement . Write a post, make a video, send an email to a member you know.

Let’s make our collective voices heard and let the W3C know that we want representation that will help us #extendthewebforward.