Unless you are a big W3C policy wonk, or actually a W3C AC member – chances are pretty good that you’ve never even heard of the W3C AB (Advisory Board).  Chances are also pretty good that your immediate thought is “why should I suddenly care?”.  Well, let me break it down for you in a few simple bullets:

This is Our Web.

The Web is a commons and the W3C is a group that we entrust with its general safekeeping.  As a constorium, it needs to operate and it needs members who belong to big companies that make things like, oh I don’t know, phenomenally complex Web browsers.  At the same time, we need to continue to strive to keep it open, participatory and representative of the interests of people who care about, use and write for the Web at large. In fact, this is how it is supposed to be – an AB electee is supposed to represent the interests of the Web at large, not their company or even just companies in general: They are supposed to represent you and me.  If they have no connection, visibility or openness – how is that even possible?

What can I do?

Whether you work for a member org or not – you should Tweet, Like, Plus, blog and just generally show your support.  This is an election and the W3C and its member orgs are not ignorant of social media or public perception – let them know who we’d like to cast a vote for.

So here is my short list of supportable candidates, composed of folks who have both publicly and privately expressed some positive changes/openness or even potential changes to the AB itself and have worked for increased openness in the past.  I’ve included their public posts when available, unfortunately unless we can make this process more open, you’ll just have to trust me that they have done so on the W3C members only list.  During the TAG elections several folks contacted me and said “I can’t vote for X, but otherwise I agree” – so I am including a qualified “5th” candidate below.

A Mozillan, frequent blogger, always dedicated to an open Web and participation.  Freedom fighter.  I’ll let him explain why he is running.  I’m not sure what else there is to say: A vote Tantek is a vote for the future I’m looking for. 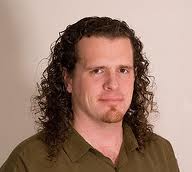 Now a Googler, formerly with Microsoft, Metallica (j/k) and worked on Mosaic – always involved with standards.   Here’s his public statement.  As with Tantek – you should know who he is and what he’s about:  We want him. 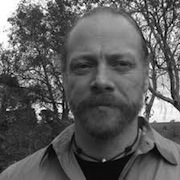 Co-founder and chair of the afforementioned “revise the process” Community Group, Yandexoid. “Chaals” is currently an AB member, but is also responsible for a great deal of the openness that we do see and many of the criticisms in this election.  Here is why he is running. 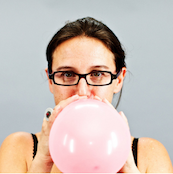 Virginne is from Gemalto and is the chair of the Web Cryto group. I think she explains why she is running better (and funnier) than I possibly could… Really you should give it a read.  She is determined and pragmatic and I think she would have a good impact. 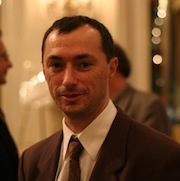 Daniel is co-chair of the CSS Working Group and has done a ton to open things up there.  A former Mozillan, he now represents his own Disruptive Innovations.  He has been working with W3C a long time and cares and contributes in a number of arenas.  Daniel hasn’t publicly blogged on why he is running (if he does I will post it) and I’m not even sure some would consider him an ‘outside’ candidate or reformer – in fact he is last on my list because of his positions “anti-” positions on open-licensing, but his comments and answers to questions and history of being rational lead me to believe he would be an excellent choice.